Bulk salt exported through the Port of Walvis Bay, Namport 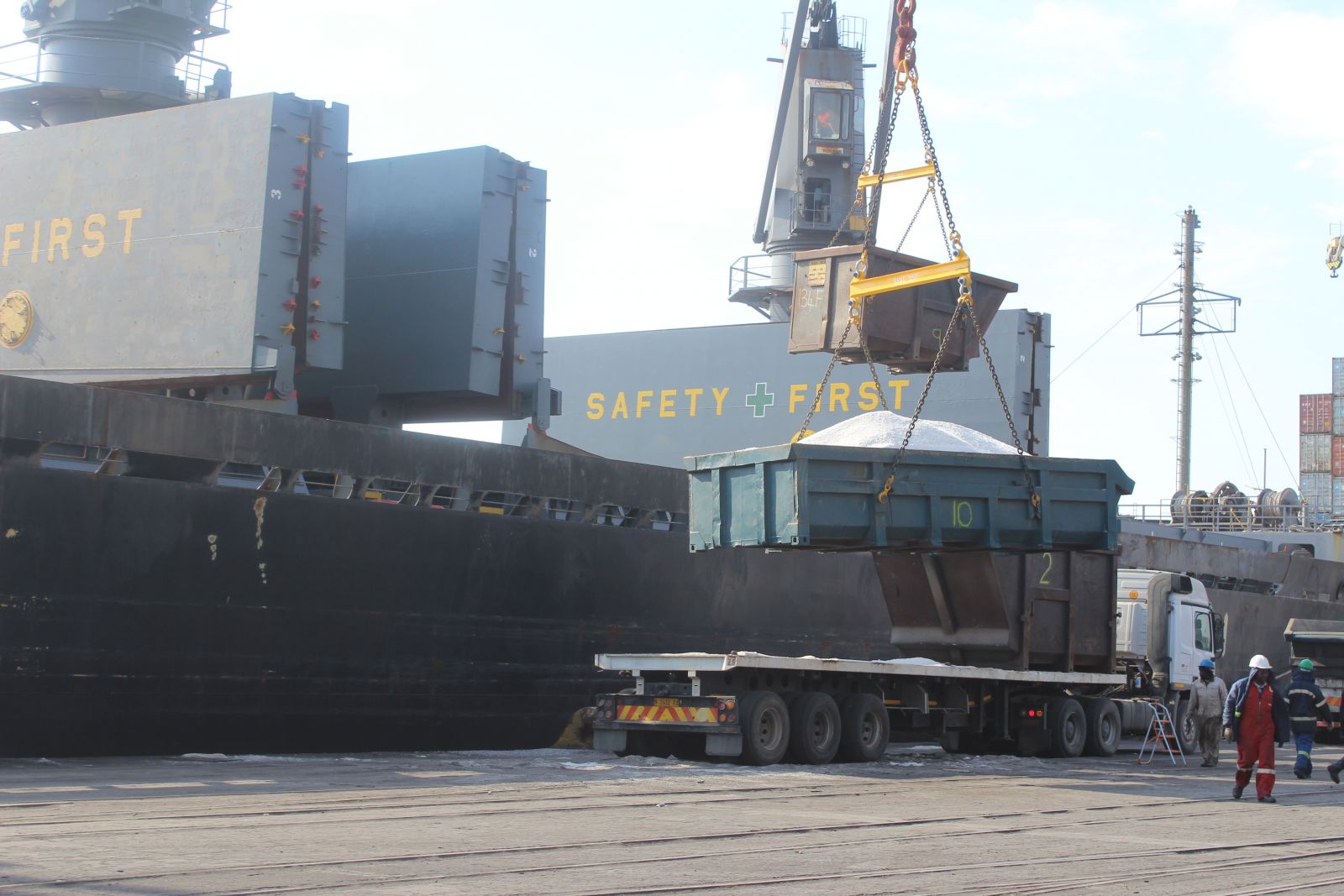 A cargo of bulk salt departed the Port of Walvis Bay early in August and is expected to reach its destination in the United States before the end of the month. Although bulk salt volumes are relatively small, the exporting company feels their new method of loading will grow the export of salt.

The carge of some 25,000 tonnes of salt, exported by Gecko Namibia, is the first to be loaded using skips that are transported on the back of a low-bed. Gecko’s Managing Director, Pine van Wyk said they decided on skip bulk loading as it proved to be cost effective. With this first proven consignment, he said they are targetting more shipments this year to clients in Canada, Brazil, Europe, the USA and other African coutries.

Announcing the success of the loading technique, Namport said this week, bulk salt is normally loaded into a ship’s cargo hold with a conveyor belt. With this shipment, the salt was loaded into skips on site at the salt producer and then transported by trucks for discharge into the vessel. The trucks parked on the quay alongside the vessel from where the ship’s crane hoisted the skips and lowered them through the open hatches directly into the bulk cargo bays.

Loading of the entire 25,000 tonnes took three and a half days. The carrier vessel is the Loveland Island registered in Panama.

Statistics for export commodities for the previous financial year, show that bagged salt volumes have increased by 100% while bulk salt grew only by 10%. With the new more cost-effective loading method, the Ports Authority expects significantly larger volumes of bulk salt to be exported through Walvis Bay.