The following report from the Namibian Ports Authority (Namport) refers to a Namibian newspaper article Namib Times titled ‘Container collapses under sheer weight of rosewood’ which appeared on 3 September.

Namport says it wants to correct the information in the article, especially in regard to Namport’s commitment to adhere to all safety, environmental and health regulations. 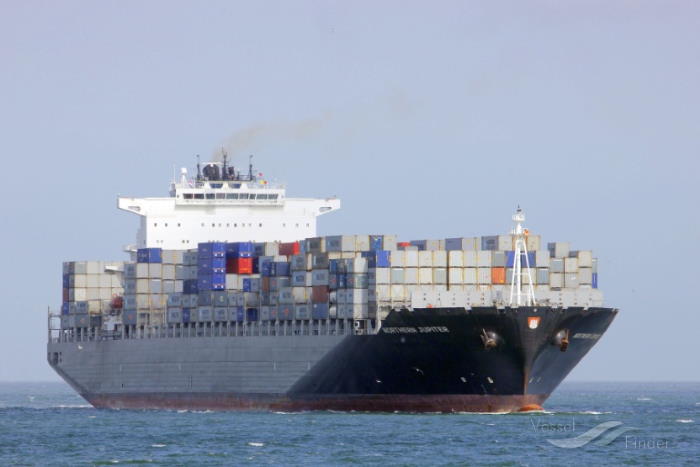 “On 29 July 2021, the M/V NORTHERN JUPITER (IMO 9466984) experienced a container stack collapse while at anchorage in Cape Town, South Africa. At the time, Cape Town’s terminal experienced severe congestion, following the cyber-attack on Transnet terminal systems. The impact of the cyber-attacks meant the vessel could only be berthed at the Cape Town Terminal on the 5th of August 2021 to undergo emergency operations to stabilise the vessel. This was not ideal considering the potential risk posed to the vessel and crew members.

“With no congestion issues at the Port of Walvis Bay, a decision was taken by the carrier responsible for the vessel to sail to Walvis Bay and conduct the stabilisation operation of the vessel at Namport.

“Investigations carried out on the load indicated that the collapsed stacks may have been caused by cargo not securely lashed in the containers, in this case timber logs loaded in the Port of Douala and Port Pointe Noire.”

Operation carried out at the Port of Walvis Bay:

“To ensure safety of the vessel, its crew and stevedores, it was decided to discharge all containers containing timber in order to conduct landside inspections to confirm the packing process and container weights before securely reloading the cargo to its final destination in Asia.

It is important to stress that this cargo did not come through Namibia and none of the containers left the Port of Walvis Bay; thus, it was treated as pure transshipments under the supervision of all relevant authorities. This operation is still ongoing.”