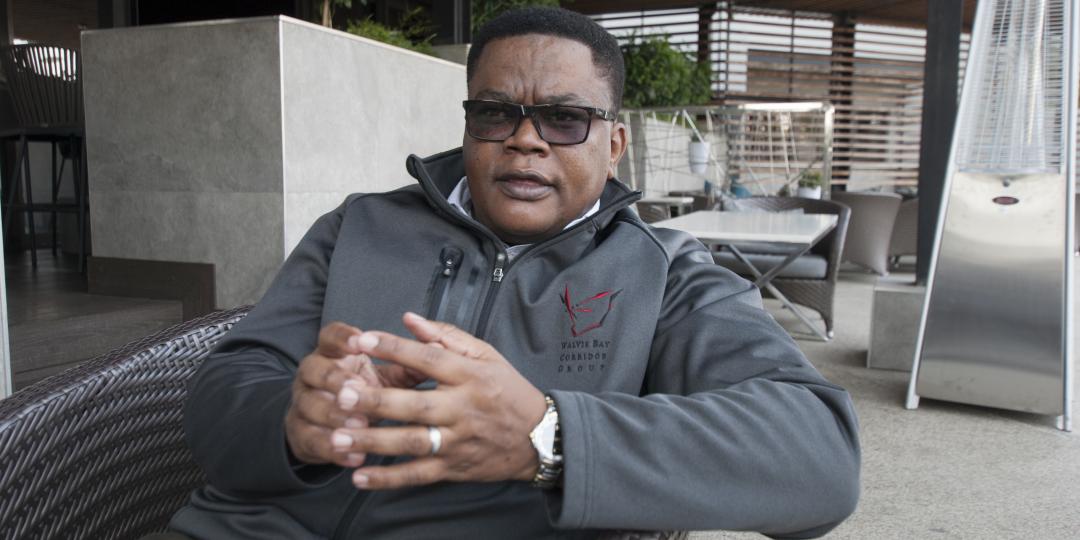 The Walvis Bay Corridor Group (WBCG) is on the verge of recommencing discussions with Zambia about upgrading roads to the west and north-west of the country as Namibia hones in on its National Development Plan targets to become a logistics hub for its landlocked neighbour.

In an exclusive interview yesterday with Freight News in Sandton, CEO Mbahupu Hippy Tjivikua said there were two routes of interest for the WBCG: the notoriously dilapidated dirt track between Sesheke and Kazungula north of the Zambezi River, and the way north-west through Senanga, Mongu, and Kasempa to mining areas surrounding Solwezi in the north.

For the time being, the preferred way of linking Walvis Bay with Zambia’s Copperbelt province is using the port’s development corridor from Lubumbashi and Ndola south through Lusaka and Livingstone towards the Kazungula Bridge between Zambia and Botswana.

The short dog leg south-west through Botswana, and efficiency challenges at Ngoma Bridge Border Post into Namibia - not to mention extended transfer times at Kazungula - mean that traffic on the corridor to Walvis Bay is delayed.

Some trucks dare to use the M10 between Kazungula and Sesheke, but the state of that road means trucks can take up to four hours to drive 80 kilometres, says Mike Fitzmaurice, chief executive of the Federation of East and Southern African Road Transport Associations.

Commenting on the M10, Tjivikua said: “We have had discussions with the Zambian government, and they recognise that it’s an absolute priority because it is one of the main arteries for trade in Zambia.”

He added that as far as the WBCG was aware, a contractor had been assigned to upgrade that road but lack of funding had put paid to plans to build a proper road link between Kazungula and the Sesheke-Katimo Mulilo Bridge on the border of Zambia and Namibia.

Should the upgrade finally go ahead, it could significantly aid the WBCG’s efforts to speed up trade flows with Zambia, avoiding transfer delays at Kazungula and Botswana altogether.

The upgrade though is a long-standing issue, placed on the back burner for many years because of domestic politics in Zambia but which, with the new government of Hakainde Hichilema, Namibia hopes will be revisited.

And yet it’s with the “alternative road”, as Tjivikua refers to the north-western way, that the WBCG aims to drastically alter trade routes between the Copperbelt and Walvis Bay.

“Traffic out east between the copper mines and the ports of Dar es Salaam, Beira, and Durban all converge on the road through Lusaka towards Ndola. If we can increase traffic on the alternative road, we can cut that whole section out.”

Although that road was not too bad, there was a stretch of at least 200 kilometres that remained untarred, Tjivikua said, mentioning that one way to overcome Zambia’s infrastructural funding challenges would be to look at public-private partnerships or build-operator-transfer initiatives – much like the one currently under way by ZimBorders north of Beitbridge.

Of interest is the recent development surrounding Konkola Copper Mines in Chingola, deciding to ship 105 000 metric tonnes out via Walvis, and other mining areas west of Solwezi towards Manyama, which is conveniently close to the north-west way that the WBCG is keen on.

Should trade be ramped up on the alternative road towards the Sesheke-Katima Mulilo link, the WBCG could unlock significant trade between Zambia and the Port of Walvis Bay.