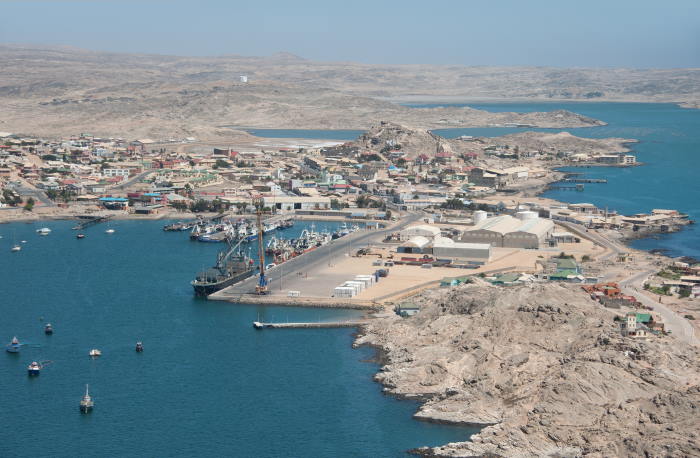 Port of Lüderitz advancing with exports

The port of Lüderitz is to have a transshipment vessel stationed at the port to serve as a feeder vessel for transferring manganese ore from the port to Handymax Capesize bulk carriers lying at anchorage outside.

This was disclosed to media representatives in Walvis Bay recently by the chief executive officer of Namport, Andrew Kanime.

“The plan is to load 80,000 to 120,000 tons twice a month and dispatch it directly to China. The main advantage is it will reduce the freight rate drastically,” he said.

Kanime added that this placed the port of Lüderitz in the competitive sphere of trade facilitation and a catalyst towards SADC regional economic integration and Intra-Africa, under the African Continental Free Trade Area.

Currently the port handles two 30,000 ton shipments of manganese ore a month, amounting to a total of 720,000 tons annually. The port is limited in respect of the size of ship being able to enter, hence the use of a 30,000-ton vessel at present.

By transshipping manganese to the larger vessels outside the port allows the port to substantially increase the volume exported.

Shipping manganese via Lüderitz is a relatively new development, which commenced in August 2019. The manganese is delivered by road and rail to the port from mines in Northern Cape province of South Africa, as has been documented in Africa PORTS & SHIPS – CLICK HERE</a

Kanime emphasised Namport’s revised vision, “to be the best performing seaports in Africa,” and introduced four key strategic themes that will be deployed.

“These are the themes that we will focus on over the next five years to enable us to achieve our vision of becoming
the best performing seaports in Africa,” he said. “The themes are supported by specific strategic objectives and initiatives which we shall be aggressively executing.”