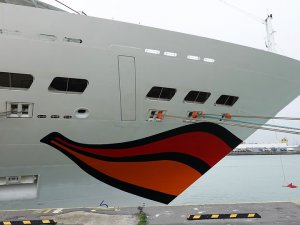 There are no coronavirus cases on board AIDAmira, a cruise ship that is currently docked at the Port of Cape Town in South Africa, German cruise line AIDA Cruises said.

AIDAamira, carrying 1,240 passengers and 486 crew members, departed the Port of Walvis Bay in Namibia on March 13.

The 48,200 gross ton ship was on its way back to the Port of Cape Town when South African Transnet National Ports Authority (TNPA) received information that six passengers on board AIDAmira had been on the same flight as the two crew members of the bulker Corona, who are quarantined amid COVID-19 suspicion.

The six persons were immediately placed into a quarantine aboard the cruise ship and later evacuated and taken to a local hospital for testing. Following testing, they have been taken to a quarantined area arranged by port health officials.

“We’ve just been informed that all tests have been negative,” a spokesperson for AIDA Cruises told World Maritime News.

“Nothing should stand in the way of transporting our guests from the ship to the planes that are to take the guests home,” the spokesperson added.