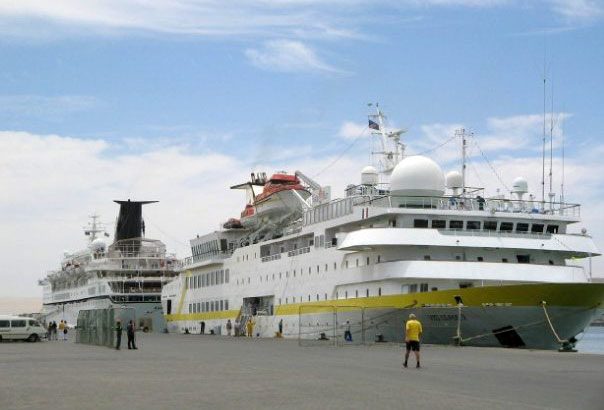 Namibia’s cruise tourist arrivals via the Namibian Port Authority(Namport) has equated to 21,779 visitors, according to the port’s authority.

This indicates an increase in the number of passenger liners received at the Namport over the past three financial reporting periods respectively as follows 27 liners, 31 liners, 33 liners, the authority said Wednesday in an issued statement.

“So far the entity hosted 11 cruise liners in its current financial year and is thrilled to report that the frequency of passenger vessel visits has increased since the commissioning of the dedicated passenger liner terminal in Aug. 2019,” they added.

According to Namport, in the month of November and December, Namport received three passenger vessels with the MS Queen Elizabeth, which docked at the port on Nov. 17.

Meanwhile, the ports authority said it now eagerly anticipates the arrival of 9 cruise liners during the month of January 2020 amounting to 10,000 visitors during this period.