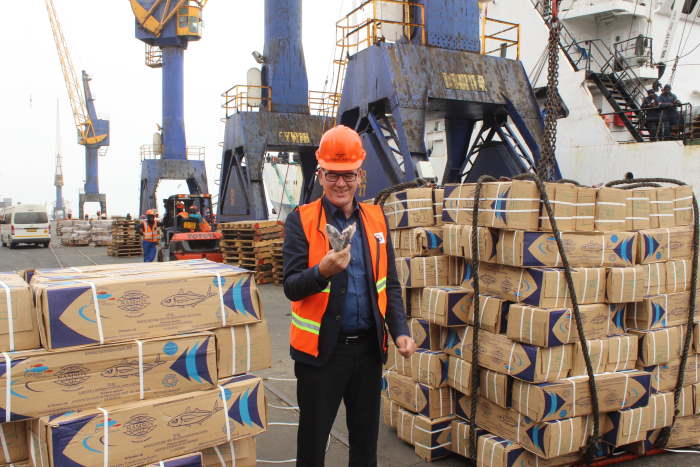 German Minister for Economic Cooperation, Dr. Gerd Müller, inspecting Horse Mackerel which was destined for the Democratic Republic of Congo. The fish which is a natural resource of Namibia was being off-loaded at the Commercial Cold Storage along the quayside at the Port of Walvis Bay

Dr Müller who was on an official visit to Namibia in response to an invitation extended to him by the President of the Republic of Namibia, Dr Hage G Geingob, was given a tour of the Port of Walvis Bay.

“We’re interested in developing export and cooperation, in particular cooperation with our ports in Hamburg and Bremen,” Dr Müller said. “We’re thinking about vocational training and obviously using that training to generate more business.”

His visit to Namibia was aimed at strengthening bilateral relations between Namibia and the Federal Republic of Germany. 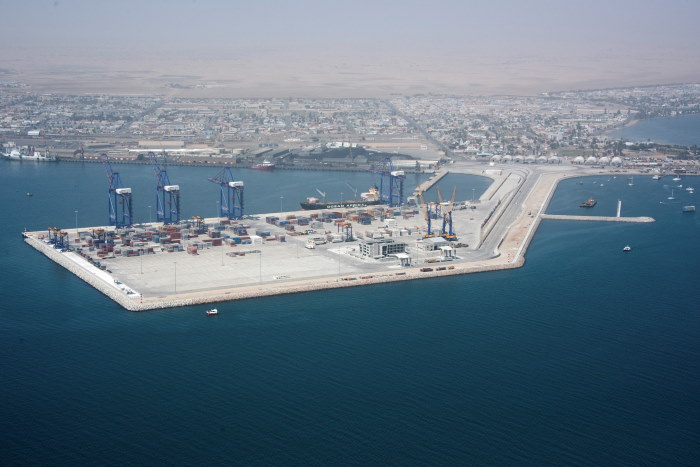 Port of Walvis Bay’s new container terminal, now in service, with the port and town beyond. Picture: Namport

The German cruise ship ALBATROS, which is scheduled to call the Port of Walvis Bay at Berth 9 on 18 October 2019, will become the first passenger ship to make use of the new state of the art terminal, he said.