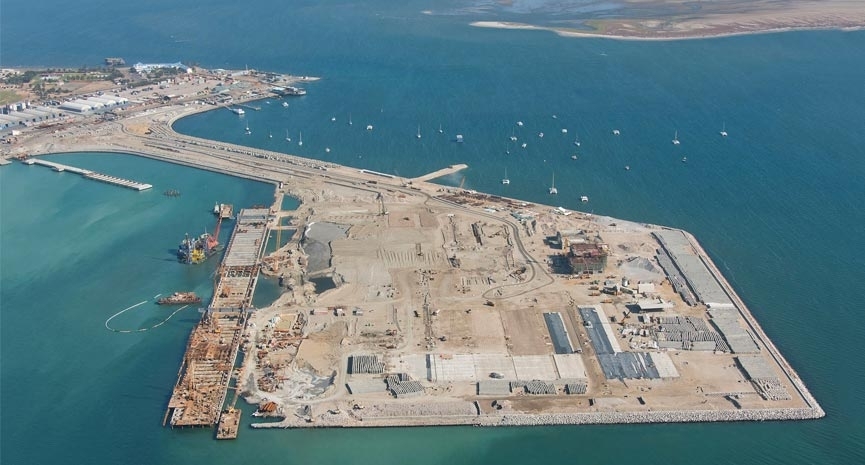 Walvis Bay now links Namibia and its landlocked neighbours to the Americas, Europe and Asian markets as well.

August 06, 2019: Namibian president, Hage Geingob has inaugurated a new $200 million port terminal at Walvis Bay, an extension that will double the country's port capacity from 350,000 containers to 750,000 per year. The inauguration ceremony was held on the 40- hectare platform reclaimed from the Atlantic Ocean.

Walvis Bay now links Namibia and its landlocked neighbours to the Americas, Europe and Asian markets as well.

"Namibia has now joined countries such as Australia, Brazil, Dubai and the Netherlands in the utilisation of reclaimed land for port expansion. Thus the completion of the container terminal expansion puts us on a firm trajectory towards realising our dream of transforming Namibia into an international logistics hub," said Geingob.

Namport director, Nangula Hamunyela said the terminal not only increases Namport's assets to N$7,6 billion, but also launches the company's goal to become a logistics hub for the southern African region.

According to Geingob, Namibia is linked to neighbouring countries through the various transport corridors and hence, must strive to capitalise on this immense investment for harnessing the vast potential of our Southern African Development Community - neighbours that have no immediate access to the ocean.

China Harbour Engineering Company's vice president, Li Yi, said his company has participated in more than 100 projects in 90 countries, and that the Walvis Bay container terminal was one of the most challenging.

The African Development Bank partnered with Namport in developing the terminal, which is considered a transformational regional infrastructure project with a loan of about N$3 million complemented by a grant of about N$14 million for the logistics and capacity building component.

Just 25 years ago, Walvis Bay was reintegrated into an independent Namibia, and has since developed from a small fishing port to an international port that facilitates regional trade and economic development, and is able to market itself as an express logistics hub that can compete with some of the best in the world, especially in Africa.