Namibia’s new container terminal to be commissioned in August 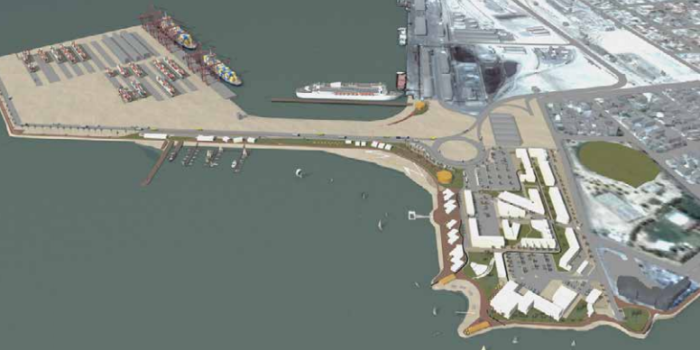 According to Clive Smith, the container terminal will establish Namibia as a regional logistic hub and gateway. It is currently 91% completed, with construction expected to be fully finalized at the end of June.

The terminal is being constructed on 40 hectares of land reclaimed from the sea and is expected to increase the container handling capacity from 350,000 containers to 750,000 per year.

As Xinhua news agency reports, China Harbour Engineering Company began the construction work of the terminal in 2014, while the African Development Bank provided a $300 million funding.

Speaking about the progress of the works, Mr. Smith said that this project is exciting, especially considering the fact that Namibia has taken important steps to improve its logistics during the last five years. He also believes that the port will drive better performance in the future.