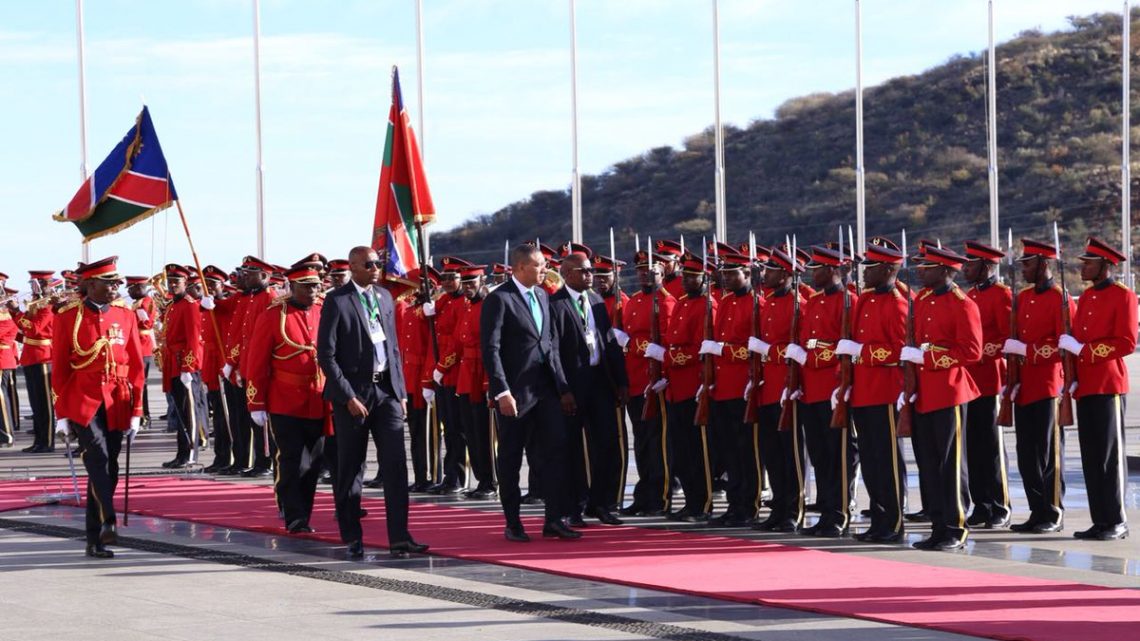 Jamaica's Prime Minister Andrew Holness visited Namibia, signed an MoU, and participated in a ceremony to name a street after Black nationalism proponent Marcus Garvey. Jamaica has historical ties with Namibia dating back to the independence struggle, and is seeking to strengthen its ties with Namibia. Jamaicans traveling to Namibia will no longer need a visa.

Jamaica’s Prime Minister Andrew Holness visited Namibia in a historic visit, the first official state visit by a Jamaican Head of State to the southern African country. Holness visited the country on a three day state visit at the invite of Namibia’s President Hage Geingob. On Twitter, PM Holness said the bilateral talks between the two countries  centred on strengthening of historical relationship, developing partnerships in trade and sport as well as ease of travel between the two countries.

The Jamaican Prime Minister came with a delegation of 11 ministers including Dr. Julius Garvey, the son of Marcus Garvey. President Geingob recollected the comradeship between the two countries. “The people of Jamaica stood firm with us and contributed to our emancipation in many ways. You opened doors and embraced us as brothers and sisters. We shall forever remember and be grateful as you have truly enriched our nationhood beyond measure,” New Era reported.

The Namibian government and Jamaican government agreed to a visa waiver programme. “We need to encourage travel between our two countries for tourism. Jamaica had long ago abolished visa requirements for Namibians,” PM Holness stated.