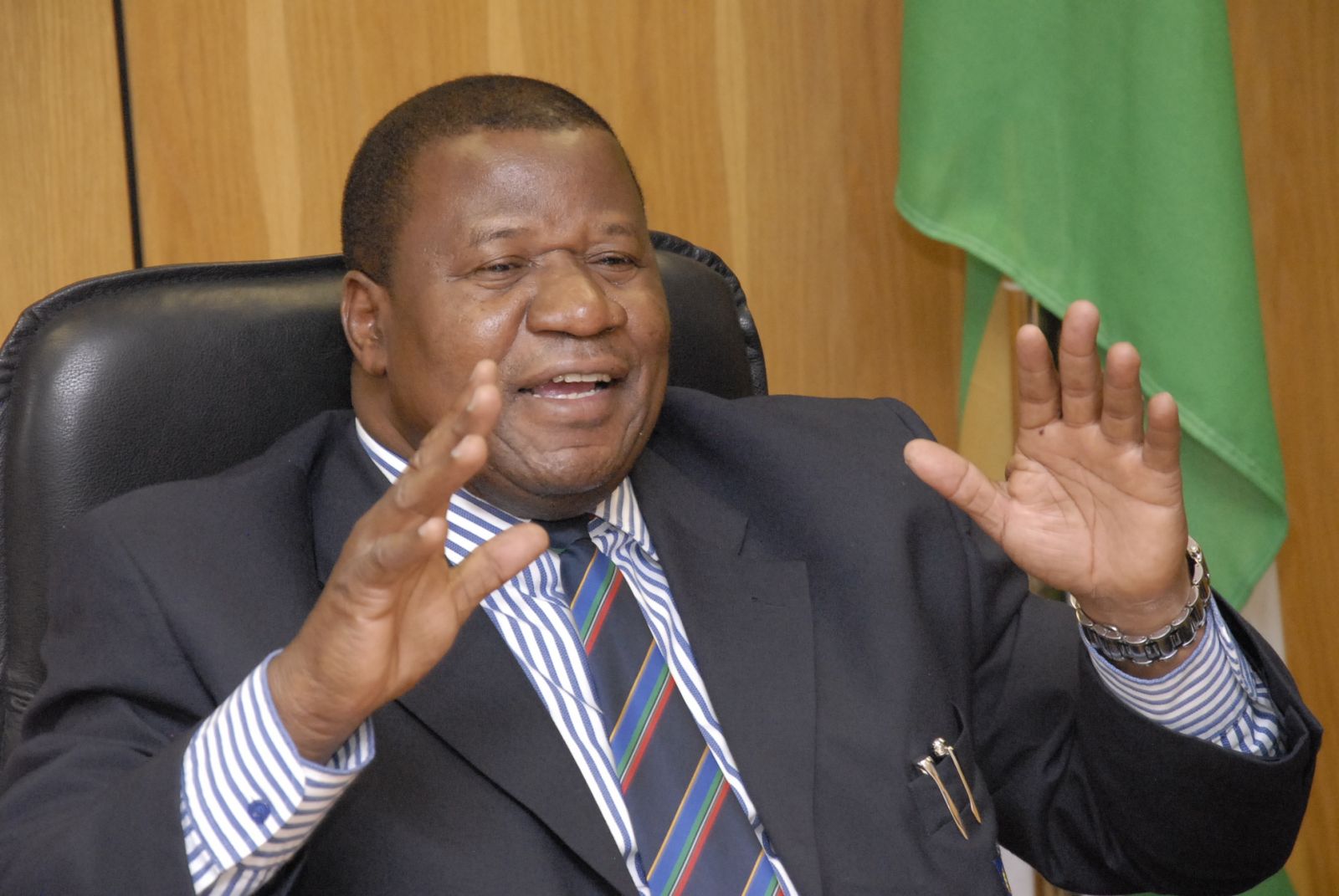 Swakopmund-The Minister of Works and Transport, John Mutorwa says they are still unable to identify the source of the oil spill that occurred on Thursday between Long Beach and Afrodite Beach endangering marine life.

Meanwhile the hazardous chemical was identified as Heavy Fuel Oil (HFO) that is normally used by shipping vessels.
HFO is a by-product of crude oil refining process containing a lot of the contaminants removed from lighter oils.
It is used as an alternative for other light marine fuels and due to its impurities, must be kept at a high temperatures both during storage and in use in vessels’ main engines.

However, Mutorwa says the situation is under surveillance and no further oil spill was detected since the clean-up started.

To avoid any further pollution to the ocean, a pollution response team from Namport, Walvis Bay Municipality, Namibian Navy and Sturrock Agents, cleaned up the area whereby oil booms were deployed to disperse bio-zorb, which is an absorbent bio-gradable substance and applied oil absorbent sheet on the water surface.
Mutorwa said the monitoring of the area will continue while the ministry launches an investigation to determine the origin of the oil spill.

The culprit once identified is expected to face a heavy fine that will also include the damages caused to the ocean as well as the cost of the clean-up campaign.

Namport dealt with a similar incident in 2016, whereby they seized a tanker vessel for dumping waste material north of Jakkalzputz, after being alerted by New Era.

The vessel was identified as the Sea Challenger, an oil/chemical tanker owned by Perosea Shipping in Athens Greece but was sailing under the flag of Marshall Island.

The vessel was fined an undisclosed sum inclusive of the clean-up campaign after investigations were concluded by Namport.