Lithium puts Nam on the map 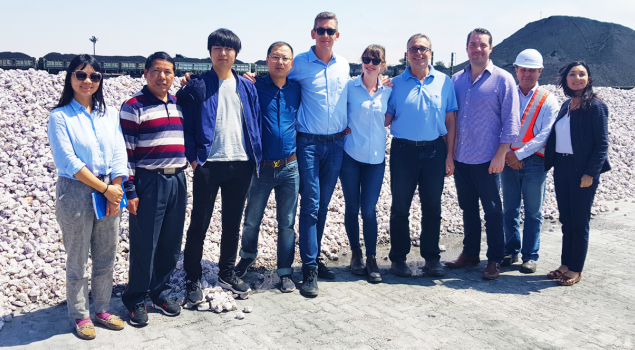 WALVIS BAY-The first export of lithium concentrate from Namibian shores to markets in China to be incor­porated into essential components of, amongst others, high capacity rechargeable batteries, have put the country and the Desert Lion Energy mine near Karibib on the international map.

Desert Lion Energy Corporation announced in December last year that it has begun production of lithium concentrate, on time and in line with the first phase of
its production plan. The concentrate was produced from stockpiled material at the company’s lithium project southeast of Karibib. There are approximately 700 000 tonnes of stockpiled material and 100 000 tonnes of fines located on exclusive prospect licence that will be processed over the next 12 months. “With this first production and export of lithium concentrate, we transitioned from a lithium explorer and developer to producer, and we are well positioned to become Namibia’s first large-scale lithium mining opera­tion.” said Tim Johnston, president and chief executive officer of Desert Lion Energy.

Following the production of lithium concentrate from stockpiled material, Desert Lion will commence produc­tion of lithium concentrate from ore at the mine, which is
expected to com­mence in the second half of 2019. This production schedule will be based on the results of a preliminary economic assessment, which the com­pany plans to publish in the second quarter of 2018.

Currently the major lithium produc­ing areas of the world are Western Australia and South America and much of this product ends up in China for further processing into battery grade lithium chemicals.

The Namibian Port Authority will facilitate the export of around 30 000 tonnes of lithium concentrate every six weeks to China through the port of Walvis Bay. The first
consignment of lithium is set to leave the bulk terminal of Walvis Bay within the next month.