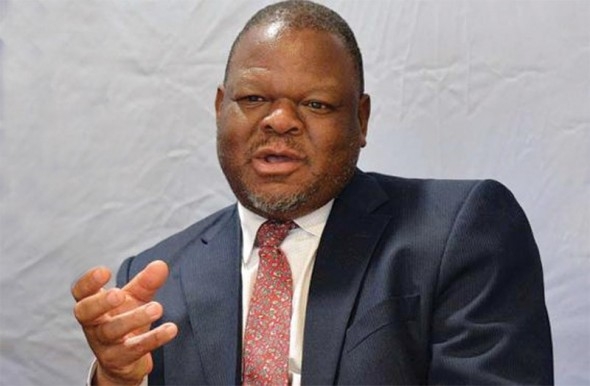 Hope rising: Makwinja believes an aggressive marketing campaign will boost the dry port
Small to Medium Enterprises (SMEs) have injected new hope into the country’s dry port at Walvis Bay, a P40 million investment that hitherto had been slowly turning into a white elephant.

In the last quarter of 2017, traffic began building up at the Port with about 72 containers belonging to SMEs and full of imports from the Democratic Republic of Congo and Zambia. The dry port also handled 217 units of vehicles and equipment destined for Botswana.

Botswana Railways (BR) chief executive officer, Leonard Makwinja told BusinessWeek that traffic at the dry port was growing, though not at the envisaged pace.

“The containers we received at the dry port in the last quarter were a result of the SME clients. Therefore, SMEs from around Southern Africa will form a large number of the clients that Sea Rail will have,” Makwinja said in an emailed response. Sea Rail is BR’s subsidiary registered in Namibia to service the dry port.

In addition, he said BR has been receiving numerous enquiries from local SMEs and there is an expectation that this interest will be converted into business this year. Government pumped P40 million into building the dry port at Walvis Bay in Namibia four years ago, as part of its efforts to increase access routes for imports and exports to international markets, especially Europe and America.  However, local businesses have been reluctant to utilise the facility, preferring the traditional route through Durban in South Africa.

Makwinja revealed that government has engaged in aggressive marketing to divert more traffic to the dry port. In addition, partnerships have been sealed with stakeholders such as the Trans Kalahari Corridor Secretariat, the Walvis Bay Corridor and Namport.

“The aggressive marketing of the facility both regionally and abroad as well as brand positioning is producing results. The development of other infrastructure like warehouses and a refrigerated container station will be key activities in the coming months including procuring the necessary basic equipments for use at the port,” he said.

Further the CEO said efforts are being made to ensure the sustainability of the project in the medium to long term.

He said the port was established as a strategic infrastructure project on a long-term basis for an alternative route to the less congested sea port on the Western Coast.

“One of the key objectives was to have a dedicated facility for staging Botswana-bound imports or export cargo. This is meant to improve efficiency of logistics for trade in Botswana,” he said.

The dry port facility, which is adjacent to the Namibian Port, is operated by Sea Rail. It offers container handling, vehicles and warehousing. The 36,000 square metre port has about 300 parking bays that can handle 4,800 cars annually.