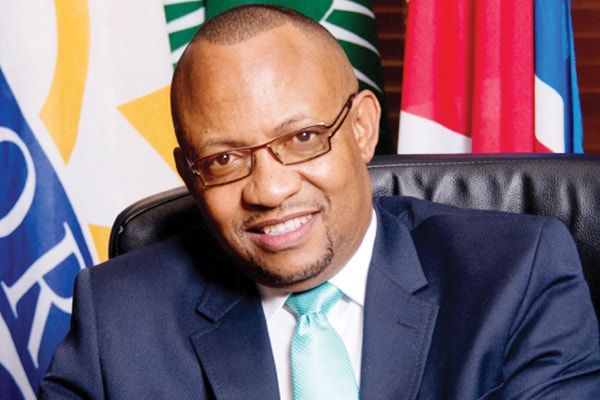 The N$4,2 billion expansion project at the Walvis Bay Port, which will see the construction of a new terminal on reclaimed land, has reached 76 percent.
The project consists of dredging and reclamation of 40 hectares of land offshore in the Port of Walvis Bay on which a modern container terminal will be built.
The new container terminal will be linked to the existing port by a 106 meters wide solid access causeway also to be reclaimed.
The new port will have a minimum throughput capacity of 750,000 TEU’s per annum compared to the current 350,000 TEU’s per annum.
“The contract is on schedule for completion of most of the works at the end of 2018, with minor works to be completed in early 2019,” Namibian Ports Authority (Namport) Chief Executive Officer, Bisey /Uirab said.
China Harbour Engineering Company Limited started the expansion works on 19 May 2014, with the African Development Bank providing the funding.
“While more than doubling the port’s throughput capacity, this project will also increase the port’s attractiveness to shipping lines due to increased productivity with faster ship turnaround times.”
The new terminal will be connected to the existing port’s road network, rail network, utilities networks as well as communication systems. The terminal will have two large berths for accommodating two container vessels at once.
Four cranes to be used at the port to lift containers left Shanghai on 30 December and are expected to arrive in Walvis Bay next week.
The cranes will cost about N$440 million in total and will double the loading and unloading time from the current 15 containers per hour to about 30 to 40 containers per hour.
“The cranes will be offloaded from the ship as soon as they arrive. Offloading will take a few weeks. After offloading is completed, testing, commissioning and training will then commence and be completed towards the end of 2018,” said /Uirab, adding that the new cranes will make the ship turnaround times faster, which in turn will allow more vessels to be serviced locally.