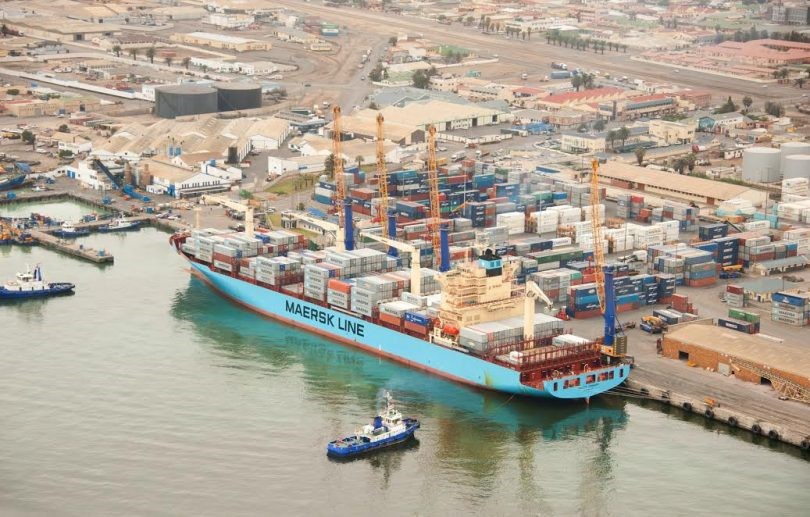 Windhoek – Japan has committed R10 million in grant assistance for the feasibility study and future development of the Namibian Ports Authority (Namport) in Walvis Bay on the western coast of Namibia, Japanese ambassador to Namibia, Hideyuki Sakamoto, has disclosed.

He said that the country was also giving technical assistance to Namport and was continuously supporting the realisation of the corridor development for the Southern African region.

Sakamoto noted that they could give more assistance in the future if the government of Namibia requested.

He added that they were mainly supporting the preparation of the development phase of the port’s technical part, customs duty and capacity building at border posts, while also mapping out a plan for the Trans-Kalahari Highway transition.

Sakamoto, who was attending the 9th Annual Logistics and Transport Workshop in Walvis Bay, hailed Namibia as one of the best gateway into the Southern African region, but said the region could be better connected depending and how the private sector is involved.

“For Namibia as a country which enjoys geographical advantages of having good ports on the Atlantic Ocean and corridors leading to greater markets of the SADC region, the sector will be a game changer for economic transformation of Namibia towards industrialisation and poverty eradication, the goals set in its National Policy and Development Plans,” he said.

Sakamoto emphasised that the government of Japan sets out deep regional integration as one of the key areas of focus for broadening partnerships with Africa and considers the logistics and transport sectors as vital for economic growth in Africa, including Namibia.

He said that those two sectors play a crucial role in revitalising the region and bringing strong sustainable economic growth for the people of Africa, which is why Japan actively supported economic corridors development and introduction of One Stop Border Posts (OSBS).

Japan’s support and involvement to the logistics and transport sector dates back to 10 years when the former President of Namibia, Hifikepunye Pohamba, visited that country and asked for support for economic development and industrialisation of Namibia.

As a result, the government of Japan through the Japan International Cooperation Agency (JICA) conducted a feasibility study on the strategic expansion of the Walvis Bay Port Container Terminal from 2009 to 2010.

A data collection survey on the economic development in Namibia was taken out in 2011, which highlighted the logistics and transport sector as the key leading industries.

Since 2010, Japan has provided technical cooperation, which included the introduction of the One Stop Border Posts between Namibia and Botswana at Mamuno (Trans Kalahari Border Post) and the improvement of customs administration in the SADC region.

“The outcomes of these studies and cooperation clearly portrayed great potential of the sector for Namibia and the region’s economic growth. Thus the government of Japan had further worked closely with the government of Namibia in producing its strategic Master Plan for International Logistics Hub from 2013 to 2015,” said the Japanese ambassador.

He said the Japanese government currently supported the efficient and effective implementation of the Master Plan by having dispatched the JICA expert team to train Namibian officials in relevant areas.

“The implementation of the Master Plan is still in the early phase, however, I understand that it is at a crucial stage for Namibia to be a logistical hub for Southern Africa region and beyond , with Walvis Bay as the gateway,” said Sakamoto.