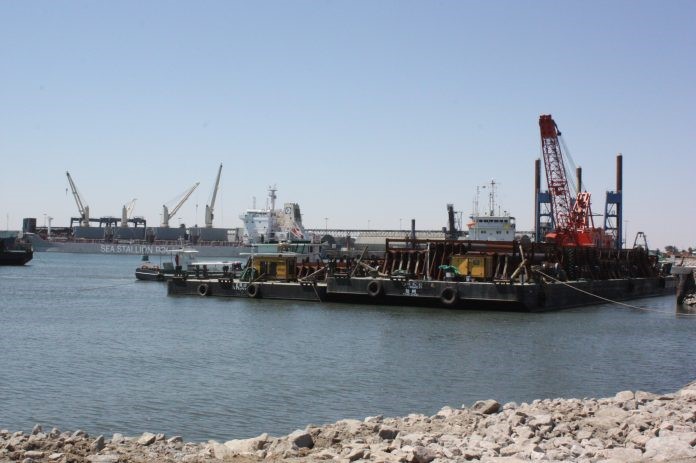 Walvis Bay-Cargo in transit destined for landlocked countries via the Port of Walvis Bay has significantly increased, with Malawi leading the pack. On this basis, Namport wants relevant stakeholders to timely approve all plans and funding of the envisaged logistics hub that would see the smooth handling of such increased cargo.

According to statistics presented by Namport Commercial Executive, Immanuel !Hanabeb, transit cargo to Malawi via the Port of Walvis Bay increased by 52 percent between August 2016 and August 2017. While cargo destined for Zambia increased by 14 percent and Botswana by 8.2 percent during the same period.

Cargo destined for other countries via the Port of Walvis Bay also increased by 71 percent.
Presenting the statistics yesterday during the Ninth Annual Logistics and Transport workshop currently underway in Walvis Bay, !Hanabeb said a further increase is anticipated once the dry ports as well as NamPort’s port expansion is completed.

“Thus we need to speed up the realisation of the envisaged logistics hub centre planned at NamPort,” !Hanabeb said during the conference.

He appealed to the Ministry of Works and Transport, as well as to other relevant stakeholders, to give the necessary approvals and funding for the envisaged logistic hub timely so that the centre can be realised.
According to !Hanabeb, the current increase in trade volumes already requires a response in terms of a functional logistics centre at the Port of Walvis Bay.

“This growth requires a functional logistics centre at the Port of Walvis Bay as soon as possible, as we anticipate an increase in cargo volumes that requires improved handling of such cargo,” he said.

He added that NamPort on its part will ensure all the relevant authorities give all the necessary approvals and funding timely for the realisation of the planned logistics centre.