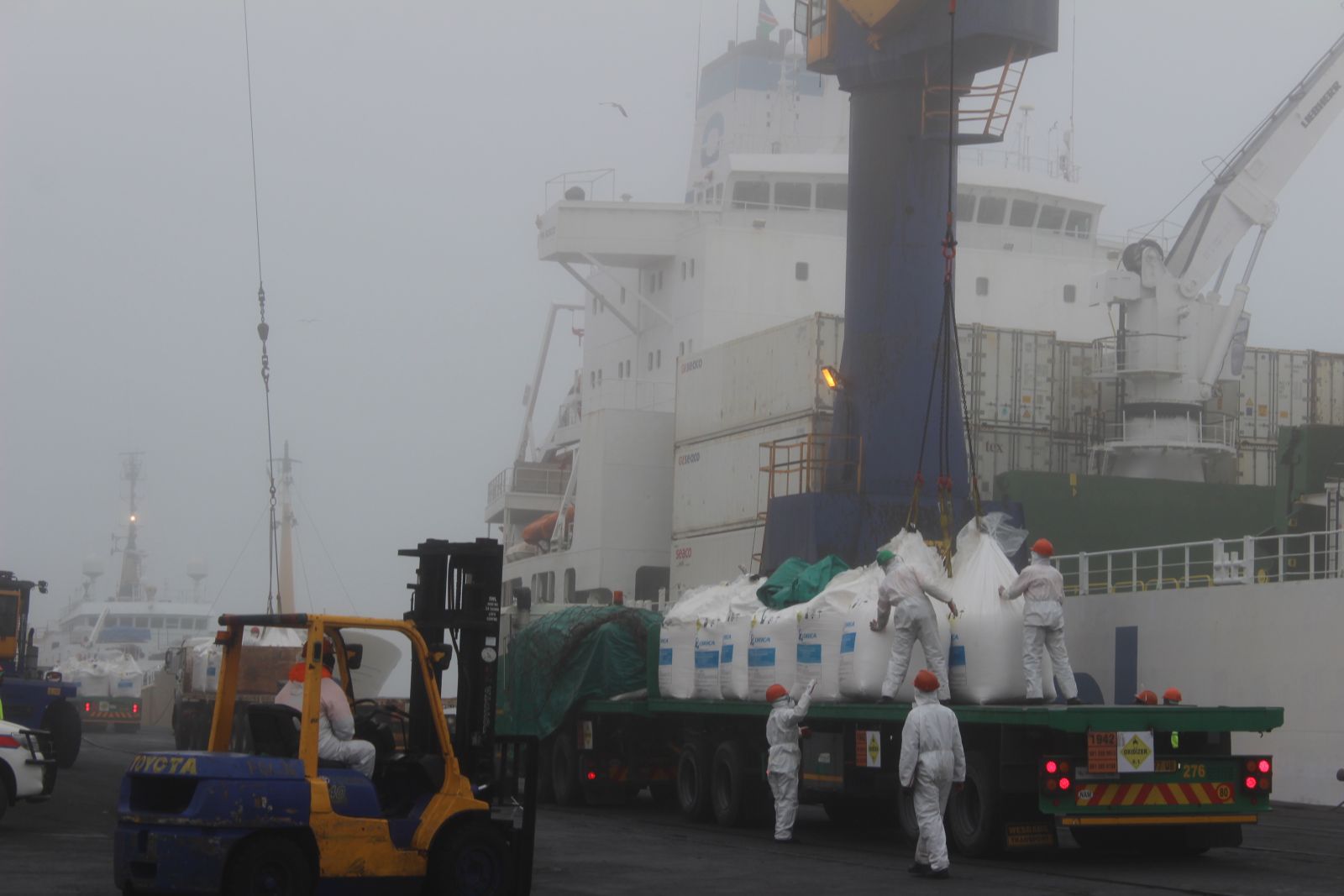 On a cold and foggy winter morning on the last day of July, a milestone achievement in the Port of Walvis Bay raised the profile of this important trade hub several notches, taking it to a level where it can now handle volatile chemical substances in very large volumes.

History was made when the Namport staff started unloading a consignment of one thousand tonnes of ammonium nitrate, destined for Swakop Uranium’s Husab Mine about 90 kilometres away from the harbour.

Namport said ammonium nitrate is used by the mining industry to manufacture explosives. Namport has never before handled a cargo of this nature.

“Although ammonium nitrate in itself is not an explosive, it is regulated by the Namibian Explosives Regulations and therefore must be treated as an explosive” the Ports Authority stated.

The process to be cleared for handling volatile substances in bulk began more than a year ago when Namport was approached by shipping agents to establish the requirements for importing ammonium nitrate. Namport undertook an extensive research project, even visiting other ports where similar cargoes are handled in bulk regularly.

All operators at the cargo terminals as well as security and emergency personnel were properly inducted, said Namport.

When the carrier vessel, the Autumn Wind arrived in Walvis Bay at the end of July, everything was in place for Namport personnel to handle this first-ever cargo with confidence. The ammonium nitrate is packed in one-tonne bags, similar to the way sugar is transported in bulk. These are hoisted in batches by the cranes on the wharf and loaded onto trucks parked alongside the ship. The entire operation was completed in four days.

Namport’s acting Executive: Commercial, Mr Elias Mwenyo said “the Namibian Ports Authority values the business of its clients. We go beyond the call of duty to satisfy specific requirements.”