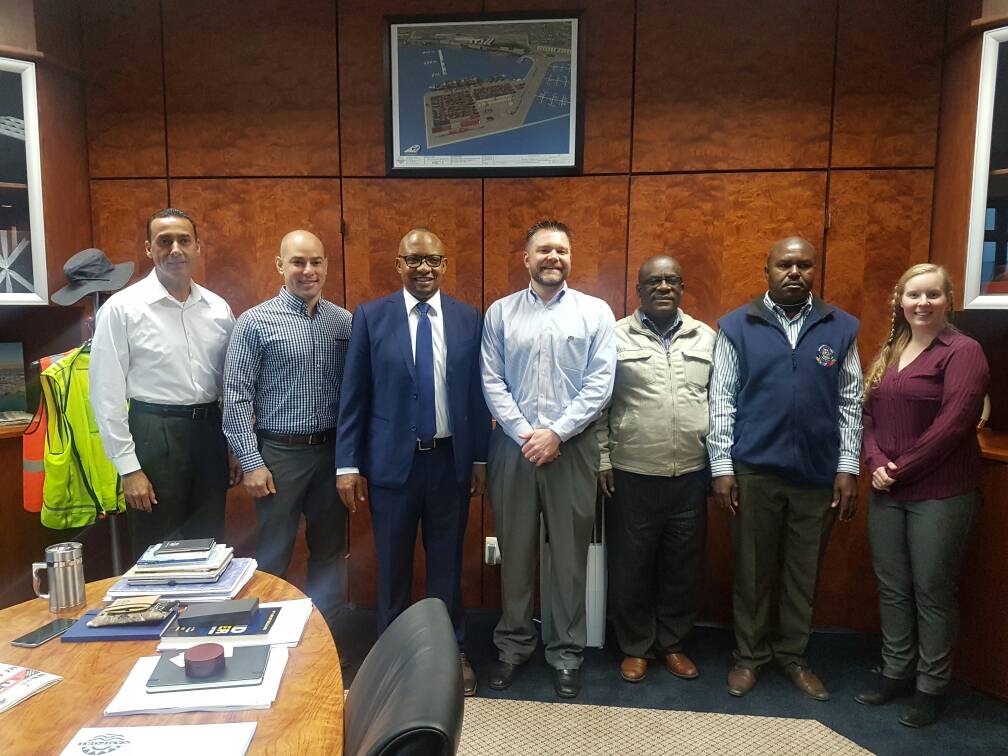 The aim of this article is to give insight in relation to the Port Security visit that took place from the 12th to the 16th June 2017. It was organized through the US Embassy and the Ministry of Works and Transport spearheaded by the Directorate of Maritime Affairs DMA in Namibia and the United State Coast Guard (CUSCG), the latter two are responsible for enhancing International Marine Activities.

It is important to state that since the ratification of the United Nations (IMO) International Ship and Port Facility Security (ISPS) Code by Namibia in 2004, Namport has since invested greatly and has doubled her efforts to ensure compliance and enforcement of the ISPS provisions. Having come into force in 2004, ISPS prescribes responsibilities to governments, shipping companies, shipboard personnel, and port/facility personnel to "detect security threats and take preventative measures against security incidents affecting ships or port facilities used in international trade.

Namport guided by DMA (Ministry of Works and transport) has since initiated several activities to ensure compliance. As difficult as it may be, the USCG through bilateral cooperation and agreements with Namibia, has offered to assist with the implementation of the ISPS Code in Namibia. Since the year 2014 the USCG has visited Namport through DMA to advice and ascertain implementation and facilitate understanding of the code.

As seen in the pictures during their recent visit to Namport 12-16 June 2017, USCG delegates were welcomed by our CEO, DMA, Port Captain and Namport Security team to the ports of Lüderitz and Walvis Bay. Our CEO Mr. Bisey /Uirab commended this Security visiting Program overwhelmingly as it is aimed at detecting Security threats and advice Namport's authority to take necessary preventative measures. He further remarked that the visit is not merely a visit of the USCG but, related to the National bilateral cooperation between Namibia and the United States of America.

The USCG express satisfaction with the implementation of the ISPS code at Namports especially the Security Systems, the Perimeter fence and the deployment of NYS personnel as part of the Security compliment to secure all port users, specifically the seaborne trade. Namport Manager of Security & Emergency clarifies to the visitors the cooperation Namport has with other Government Agencies including the Police, Immigrations, Customs, Port health, AMTA, the Namibian Navy, etc. that is aimed at maximizing efficiency and also to make it easier to implement all international conventions and agreements ratified by Namibia.

In conclusion it is important to inform port users and employees to bear in mind that the ISPS Code describe the minimum requirements for the Security of ships and ports. None-compliance might have fatal consequences to Namport business with international ISPS ship operators. In addition the monitoring and controlling of access to different berths, should the responsibility of all Namport employees who hereby informed and requested to constantly monitor activities of persons that handle cargo in the ISPS areas and to report any suspicious activity timely.