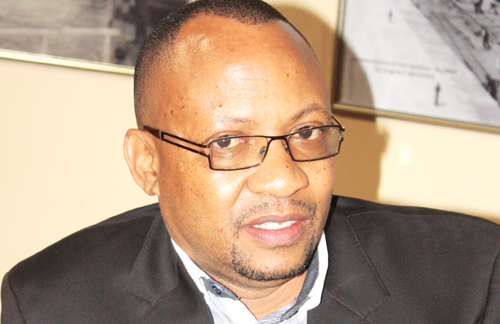 Namport Chief Executive Officer Bisey /Uirab says the leaked internal data obtained by German newspaper Süddeutsche Zeitung, through an anonymous source, from Panama-based law firm Mossack Fonseca has nothing to do with Namport.

The Panama Papers include a leaked set of 11.5 million confidential documents that provide detailed information about more than 214 000 offshore companies listed by the Panamanian corporate service provider, Mossack Fonseca, including the identities of shareholders and directors of the companies.

The documents show how wealthy individuals, including public officials, hide their money from public scrutiny and evade tax.

/Uirab responded to newspaper reports earlier this week that suggested Namport’s involvement in covering a company linked to a bribery scandal in Brazil, which allegedly paid US$1 million to another firm wholly-owned by a Trinidadian politician as part of an international bid to win an N$3.5 billion tender to expand the port of Walvis Bay.

According to leaked court documents from Brazil’s ‘Car Wash’ scandal, Santa Tereza Services paid US$1 million to Pendrey to develop the technical studies to support the pricing and technical proposal for the expansion of Walvis Bay port.

According to /Uirab, the collation of random and unrelated information that does not concern Namport borders on malicious intent and irresponsible journalism.

/Uirab said the tender for the new container terminal at the port of Walvis Bay was awarded to China Harbour Engineering Company (CHEC) and the procurement process was carried out in accordance with the procurement policies and procedures of Namport and African Develop Bank (AFDB) as the main financier of the project.

He said Namport and AFDB did extensive due diligence at the time when the said tender was being evaluated and both legal advisors of Namport and AFDB confirmed that the debarment by the World Bank of CHEC’s subsidiary, China Communications Construction Company (CCCC), was not applicable to CHEC, but only to its road construction sister companies.

“A mere review of AFDB guidelines would clearly confirm that AFDB would not fund any project to be undertaken by any company debarred by any of the multilateral institutions, such as the World Bank and International Financial Cooperation,” /Uirab said.

With regard to the Walvis Bay Corridor group (WBCG), /Uirab explained that the entity is not a subsidiary of Namport, despite the collaborative relationship between the two parties. He added that WBCG has representative offices in Brazil, DRC, Zambia and South Africa.

/Uirab said their primary purpose is to promote Namibia as a trade hub for the Southern African Development Community (SADC) and “to channel trade between the world and SADC via Namibian ports and the Namibian trade corridors. The establishment of the WBCG office in Sao Paolo was done simply to harness trade volumes and has no relevance to the alleged facts quoted in the article.”