Namibian Ports Authority (Namport) signs a Memorandum of Understanding with the Port of Rotterdam (PoR), readying itself to become the Green Hydrogen Export Hub for Europe and the rest of the World 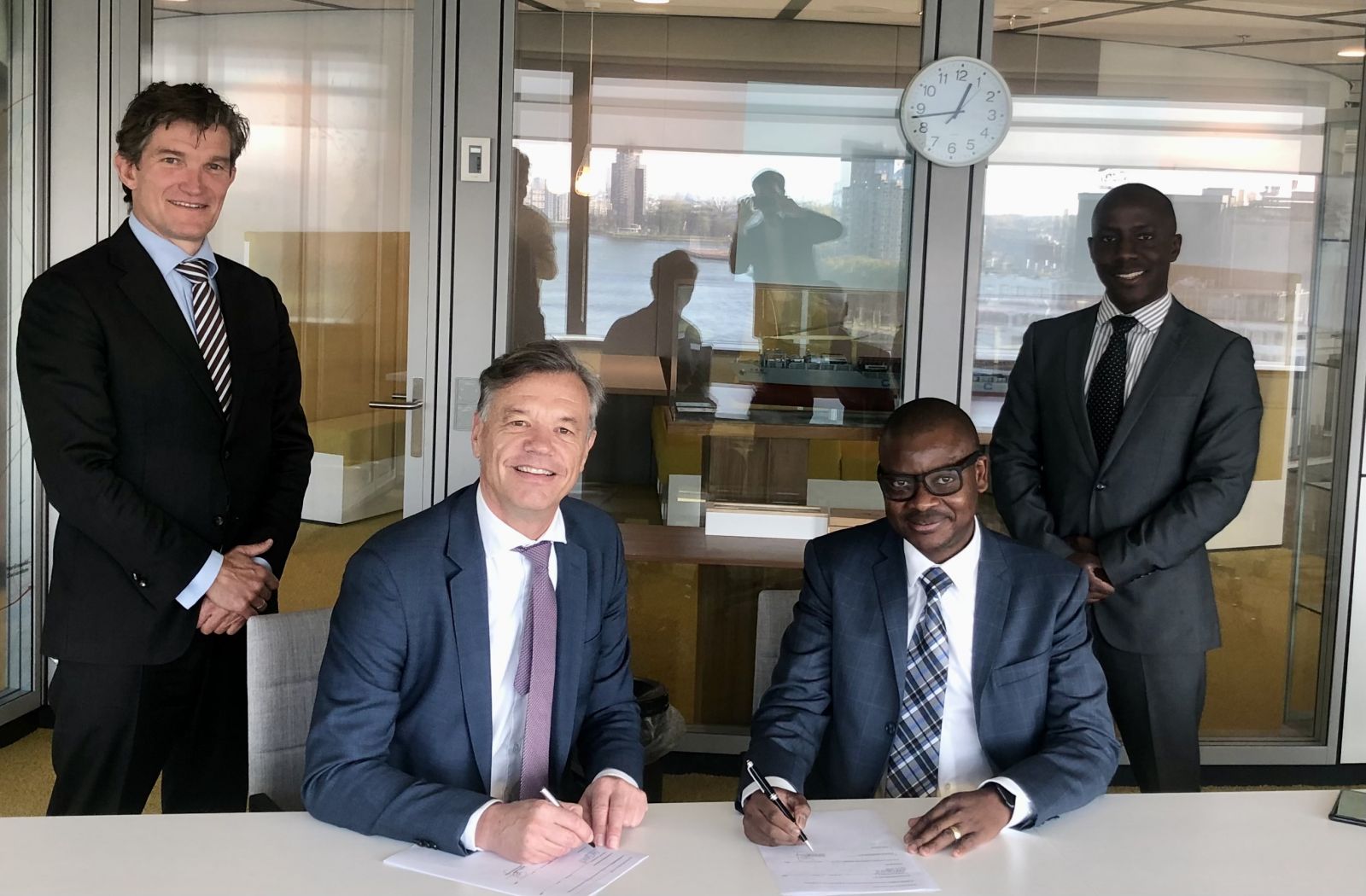 Namibia recently took a policy decision to position the country as a hub for the production and distribution of green hydrogen. This is premised on the fact that Namibia is amongst the top three countries on earth that have the world’s best wind and solar resources which are used to produce green hydrogen and has great expanses of open land that are suitable for hosting green hydrogen plants.

Green hydrogen is the key to future environmentally friendly energy requirements while the immense capital and resources attendant to the implementation of the green hydrogen revolution would be great enablers to employment creation amongst Namibians and the drive towards economic sustainability.

Namport has thus taken note of the great benefits which stand to accrue to the country and the region from the adoption and roll out of green hydrogen energy and the need to position our ports to facilitate the movement of project materials and other components initially during the construction phase of the projects and, the future export of the hydrogen and other by products to international markets.

The Netherlands is at an advanced stage of planning for the deployment of green hydrogen energy and the Port of Rotterdam (PoR) anticipates a demand of twenty (20) million tonnes of hydrogen per annum to pass through its port’s industrial complex by the year 2050.

It is against this background that Namport and the Port of Rotterdam recently signed a Memorandum of Understanding (MoU) to collaborate on various areas of mutual interest, but more specifically on how best to position our ports to become green hydrogen export hubs and facilitate the forecasted growth and flow of the green hydrogen supply chain from Namibia to Rotterdam in the Netherlands. Both Namport and PoR are keen to play a complementary and catalyzing role in the development of the supply chain of hydrogen from Namibia to Rotterdam. Hence the MoU gives the Namibian hydrogen initiative a great opportunity to form part of the energy supply mix to serve Northwestern Europe.

The Port of Rotterdam has taken the lead in the transition to renewable energy and has developed an ambitious hydrogen masterplan to become the major hydrogen import hub to supply Northwest-Europe with renewable energy, as part of the decarbonization of the European economy.

As part of readiness planning, Namport has set aside three hundred and fifty (350) hectares of land at the Port of Walvis Bay North Port for allocation to Green Hydrogen related industries. Whilst the actual solar and wind farms will be located either inland or offshore, the electrolyser or factory that produces the green hydrogen as well as the factory that converts the hydrogen into ammonia, LOHC etc. would need to be located inside a port close to a berth from where the ammonia or LOHC will be exported in order to ensure cost effectiveness and competitive pricing.

The allocated port land is supported by the recently commissioned two (2), 90,000 dead weight tonnage capacity liquid bulk jetties (berth 100 and 101) with a draft of -16.0 (m), which can be used be used to export green hydrogen through the Port of Walvis Bay North Port. Over the long-term, additional port infrastructure such as berths or quay walls or common user pipelines might still have to be developed to support growth for the export of green hydrogen.

Additionally, the planned new deep-water port of Luderitz at Angra Point, would complement the North Port in cementing the country’s drive to become a hub for the production and export of green hydrogen to Europe. The green hydrogen industry has therefore provided new impetus for the deeper water port project at Angra Point and as such Namport is now revising past studies carried out on the project to determine how to best accommodate green hydrogen related industries inside the planned new port.

Namport will follow the landlord model in both the Port of Walvis Bay and Luderitz, in accommodating the green hydrogen industry. This means that common infrastructure such as berths and pipelines may be developed by Namport and operated on common user principles whereby green hydrogen developers awarded concessions by the Government of Namibia will have equitable access to the port infrastructure to facilitate their respective exports of green hydrogen.

Namport therefore reaffirms its preparedness to support the supply chain for the green hydrogen industry as part of the national and global roadmap towards establishing green hydrogen energy as the preferred environmentally friendly fuel that will play a critical role towards decarbonising the planet. This is consistent with one of the United Nations Sustainable Development Goals (SDGs) which calls for member states to “take urgent action to combat climate change and its impacts”.

“We are therefore very much impressed with the rate at which the Namibian government has been driving the development of the green hydrogen industry in Namibia and certainly welcome the government’s decision to award concessions to green hydrogen developers as it enables us to strike the iron while hot thereby promptly positioning Namibian as a global player in this developing multimillion dollar industry”, says Andrew Kanime, Namport CEO.

We are particularly excited about our new partnership with the Port of Rotterdam as it enables Namibia to lead the pack when it comes to the decarbonization of the world and facilitation of carbon neutral economies around the world”, adds Kanime.